Fall might not seem like the best time to be thinking about your next Seattle cruise, but local hoteliers will tell you that now is the very best time to book your hotel stay before or after that cruise. With an expanding list of cruise lines entering the Seattle market, hotels during cruise season – especially on days directly before or after a departure/return – are getting gobbled up during an already busy time of year.

Here are dozen Seattle hotels that will give you easy access to the cruise piers (a short cab or Uber ride away), leave you well situated for exploring Seattle before or after your cruise, and are recommended by Hotel Scoop reviewers. Book now before they’re gone!

This Kimpton property is located in a building that dates back to 1901 and combines classic elegance with technology and trendiness. Special amenities include Echo Dots in every room, a climbing wall in the gym, Bookstore Bar & Cafe located on the lobby level, and a ground floor perfumery. 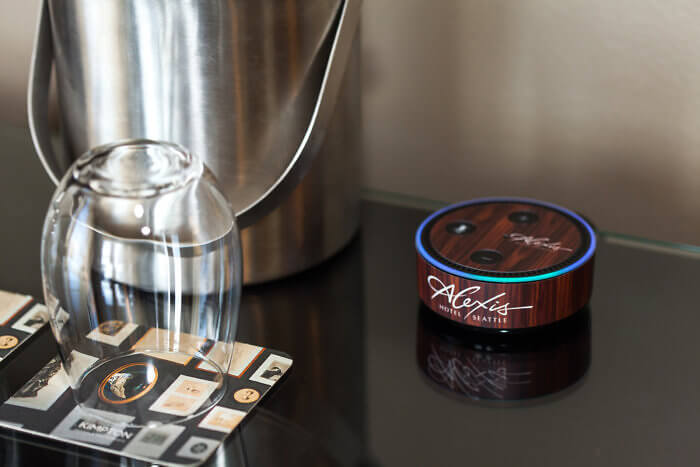 The Alexis Hotel is located at 1007 First Avenue, Seattle. Summer rates start around $475/night. Read a full review of the property here.

Built in 1924, the Olympic (as it’s known to locals) has been a staple of the Seattle hotel scene. It’s a grand hotel, with ornately decorated public spaces including an original chandelier in one of the ballrooms, and a lovely high tea served in the Georgian room. The rooms, in contrast, however, are sleekly modern. 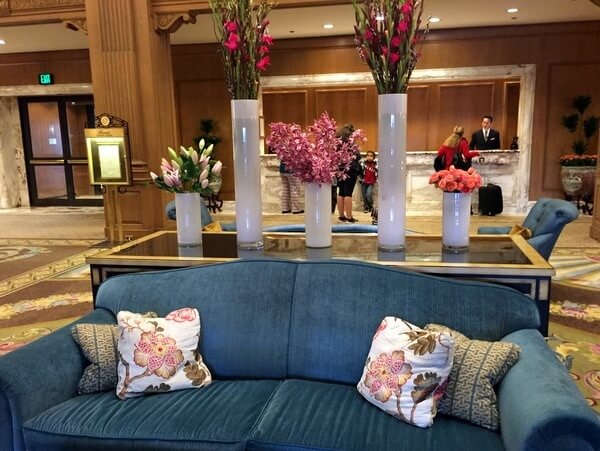 The Fairmont Olympic Hotel is located at 411 University Street, Seattle. Summer rates start around $325/night. Read a full review of the property here.

The hotel embraces the simplistic sophistication of Scandinavian design and greets guests with a roaring fire in the Living Room (lobby) fireplace. Rooms balance sleek and chic with casual and comfortable in a way perfected in Scandinavia. Next door, and sharing lobby space, is Tom Douglas’ Lola restaurant.

Located in a 1920s Beaux Arts-style building, this property prides itself on a funky and fun vibe that incorporates art, amenities, and attitude. Room doors have full-sized photos of musicians and celebs, 5th-floor rooms have record players with a selection to play, and the lobby features an original Andy Warhol soup can painting.

If walls could talk, this hotel would have great stories to tell. Everything from tales of prospectors who were guests in 1909 during the world’s fair, to anecdotes about momodern-dayelebrities. The oldest boutique hotel in Seattle, it embraces its history while delivering the modern day luxury and conveniences travelers expect. And, it’s said that Alice B. Toklas, longtime partner to Gertrude Stein, haunts the fourth floor (read more about haunted hotels here).

The Hotel Sorrento is located at 900 Madison Street, Seattle. Summer rates start around $500/night. Read a full review of the property here.

The LEED-certified hotel has carved out its niche with discriminating guests who choose sustainable, eco-friendly accommodations, proving that sustainability doesn’t have to compromise luxury. The hotel is relentless about reducing its ecological footprint, while still delivering an award-winning luxury experience, and they do it in a seamless way that you won’t notice, unless you’re paying attention.

The Hyatt at Olive 8 is located at 1635 8th Avenue, Seattle. Summer rates start around $375/night. Read a full review of the property here.

The 17-room inn in the trendy Belltown neighborhood may have a retro look, but its amenities and quality are nothing short of modern.It’s “retro-swank” 1950s feel creates a quiet enclave in a perfect location. The all-suite inn has created an environment that feels like a secret, exclusive club – and you belong there.

The Inn at El Gaucho is located at 2505 First Avenue, Seattle. Summer rates start around $280/night. Read a full review of the property here.

Tucked away on a side street of a strange triangle of downtown Seattle streets, this understatedly elegant hotel is often missed. It’s a shame, too, as this historic hotel has over 90 years of hospitality, making it the longest continually operating hotel in Seattle. The European-styled decor and guest service make it a local favorite.

The Mayflower Park Hotel is located at 405 Olive Way, Seattle. Summer rates start around $335/night. Read a full review of the property here.

Partnering with local artists and designers, the hotel incorporates local design, fabrics, and artwork found in the guestrooms and common areas. Community partnerships with the Seattle Art Institute and Seattle Art Museum further strengthen their ties within the community, providing truth to their tagline of “Authentically Seattle.”

Located in a former 1910 apartment building, the hotel mixes simple but stylish furnishings with a heft does of sass. Local celebs like Microsoft founder Bill Gates, rock star Jimi Hendrix, and actor Kelsey Grammer whose hit series Frasier was set in Seattle, are styled in military garb in portraits throughout the hotel creating a masculine, club-like atmosphere.

The Palladian Hotel is located at 2000 Second Avenue, Seattle. Summer rates start around $475/night. Read a full review of the property here.

In a world of cookie cutter chain hotel, the W hotels manage to create a winning combination of signature hotel standards and amenities while letting a local vibe set the ambiance in the public spaces. The W Seattle incorporates the city’s dynamic music scene into the Living Room (lobby) offering sexy lighting, couches, indoor fire pit, and weekend entertainment. If you walk into the lobby come evening time, you’ll wonder if you’re at your hotel or in a nightclub.

The W Seattle is located at 1112 Fourth Avenue, Seattle. Summer rates start around $300/night. Read a full review of the property here.

The hotel’s twin cylindrical towers make it easy to pick out of the city skyline, and its superb location in the downtown core make it popular with cruise guests. In fact, our Hotel Scoop reviewer stayed there with her family after their Alaska cruise. The round towers offer great views of the city skyline, and, if on a high enough floor, the Seattle waterfront.

The Westin Seattle is located at 1900 Fifth Avenue, Seattle. Summer rates start around $360/night. Read a full review of the property here.

Mary Jo Manzanares writes about value luxury destinations and experiences for baby boomers at Traveling with MJ, is the founder and the editor-in-chief of The Travelers Way, providing practical travel information and tips, is the voice of the Where Else to Go podcast (available on iTunes and Google Play), chronicles her quest to visit every winery in the state of Washington on Seattle Bits and Bites, and is the editor of The Yums, featuring restaurant reviews from around the world. She is a frequent speaker at travel industry events. Mary Jo lives in Seattle and when she’s not traveling you’ll find her lingering over a cup of coffee, wandering in a museum, or sipping wine at a cafe.