Love cheese? Me too! For those who adore fromage in all its machinations, a visit to Oxford County in southwest Ontario (about 90 minutes from Toronto), is a must. It’s home to a cheese-themed trail featuring producers, restaurants with signature cheese dishes and complementary businesses that enhance cheese-centric experiences.

What’s the obsession with cheese? At its peak, the region had more than 98 cheese factories, earning it cheese capital of Canada honors. While there’s nowhere near that many now, they are still about a dozen or so – some producing award-winning varieties, like Five Brothers from Gunn’s Hill Cheese.

In the center of it all is the Elm Hurst Inn & Spa, a historic mansion with 46 elegant guest rooms and three suites. Like many spots in Oxford County, it has cheesy roots, too. It was the site of the James Harris Cheese Factory in 1865.

In conjunction with other cheese makers, it created The Big Cheese, a round weighing in at 7,300 pounds. It toured the world, visiting Sarasota, New York, Paris and London. It put the tiny town of Ingersoll, Ontario, on the map.

A beautiful, yellow-brick house was built in 1872 as the family home for James Harris. After it was sold a restaurant was opened in 1979, followed by the inn being added in 1988.

The temptation for many historic inns is to go heavy on the chintz and doilies. I’ve stayed in way too many of these types of places over the course of my travels. While the intention is to give them a homey vibe, I find them claustrophobic and overbearing. Not every surface needs to be adorned with lace, vases of plastic flowers and tchotchkes.

Thankfully, the Elm Hurst Inn has changed with the times and has an aesthetic that strikes a balance between contemporary style and country charm. The rooms have been recently updated, along with other areas, like the lounge, front desk and spa.

I wasn’t sure what to expect when I opened the door of my Lord Connaught suite. I was surprised in a good way. Not a doily or piece of lace to be found! The bedroom, living room/dining combination and bathroom had been updated to give it a modern, airy feel.

Leather, glass and chrome, coupled with sleek, minimalist silhouettes for its sofa, chairs and tables, made the space inviting and chic. There were fireplaces – one in the sitting area and the bedroom. The latter had a king-sized bed and a Jacuzzi tub.

Floor-to-ceiling windows filled the space with light and provided views of the bucolic countryside that is front and center in Oxford County, also called “Ontario’s breadbasket” because of its abundance of farms. On a fall day, the leaves of the oak and maple trees glowed under the rays of the sun. I imagine the views any time of year would be just as gorgeous. 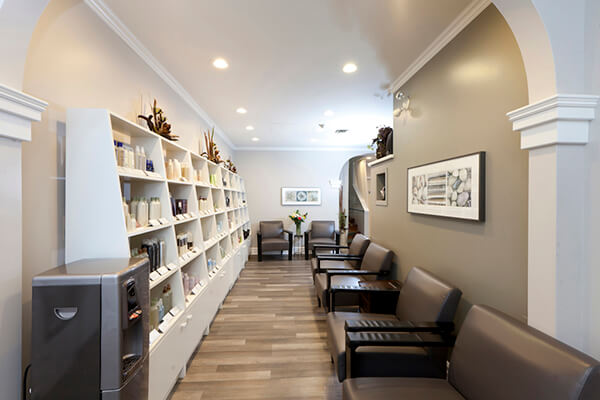 There wasn’t a lot of opportunity for lounging before it was spa time. I had visited the spa five years earlier on a brief site tour. It was tired, dark and outdated. As I entered the spa this time, I could see a dramatic improvement. Fresh, bright and light, it had become a space where you could instantly relax, whether you were booked in for a spa service or came to use the Jacuzzi and steam rooms.

The spa’s roster of treatments is impressive. Body treatments run the gamut from shiatsu to reiki, to Thai massage and Moor bud body wraps. Facials and the usual type of services round out the menu, which relies on Aveda and Eminence products.

I wasn’t in the mood for anything too exotic. I had been raking leaves all week long and my lower back was screaming in protest over the abuse. I booked a one-hour full body massage with a registered massage therapist.

I liked the fact that I could get changed and onto the table in the spa treatment room. I’m not a fan of lounging in a bathrobe along with everyone else waiting for services. My therapist Henry was superb. He asked the right questions about what areas to work on and paid attention to delivering the right amount of pressure, especially to those sore spots.

At the end of my treatment, I felt like I could stand up straight again and it didn’t take me getting tortured, as I’ve experienced with other massage therapists, to achieve that. I also give Henry bonus points for not leaving me greasy. Therapists sometimes go a little wild with the massage oil, leaving me shimmering like a French fry just out of the grease. Not this time! 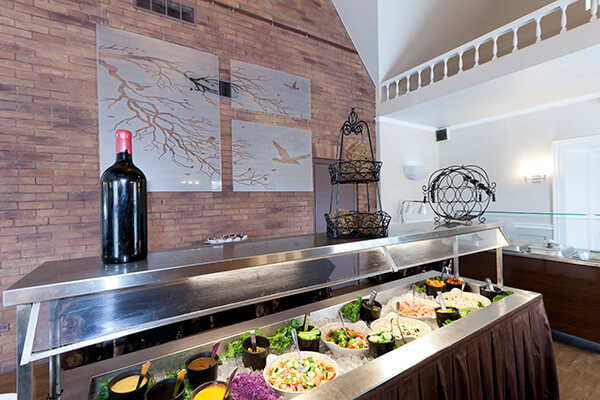 Since my boyfriend and I were visiting on a Sunday, we took advantage of the Stay and Buffet package for two, which included the prime rib dinner buffet and pasta bar at the on-site restaurant, one-night accommodations and buffet breakfast.

The buffet was good with a nice variety of cold and hot dishes, soup, cheese platters, peel-and-eat shrimp and plenty of desserts, like pumpkin pie and cheesecake. I would love to see signage for each dish to avoid playing the “what-is-it?” game. These days with so many people having allergies and special diets, I think it would be helpful.

Though the staff concentrated on taking away dirty plates and bringing beverages, they could not have been nicer. They were professional and friendly without being intrusive. And the servers seem to know a lot of the diners by name, which tells me that there is a great number of loyal regulars. And that speaks volumes.

After such a relaxing stay, I am thinking I’d like to join those ranks. I’ll be back for a longer stay so I can explore more of Oxford County, a great culinary destination that features not just cheese but other delicious things like Swiss-made chocolate, craft beer and produce from farm stands. It’s a perfect destination for country drives where you just never know what you’ll discover.

Rates for the Stay and Buffet package start at US $167 approx. per couple (Sundays only).  Book with the Elm Hurst Inn & Spa directly or check prices online at Hotels.com or Expedia.

Michele was hosted by Elm Hurst Inn & Spa. As always, her thoughts and opinions are her own.

Michele Sponagle is a prolific travel writer who has traveled to more than 70 countries in pursuit of adventure. She has tracked polar bears in northern Manitoba and learned to make curry from scratch at a cooking school in Singapore. She contributes to many top media outlets, including Refinery29, SmarterTravel, iExplore, Foodal.com, among others.