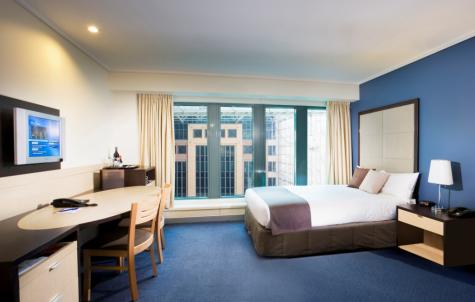 Standard Room at the Novotel

The Novotel on Collins is one of the most centrally located hotels in Melbourne, Australia, situated on the main shopping area of Collins Street and just a few minutes’ walk from the major sites of the city: the Eureka Tower, Crown Casino, Melbourne Jail and Queen Victoria Market are all within a ten minute walk and the famous arcades and laneways of Melbourne start just meters from the concierge desk. With a tram stop just in front of the property, the fashionable suburbs of Richmond and Fitzroy, the beach at St Kilda and the up and coming Docklands area are also easy to reach.

The hotel itself is built around the Australia on Collins shopping mall and the reception desk is reached from a stairwell between two shops and the majority of rooms look over the central shopping area.   While the rooms are comfortable and well appointed, most lack the city views (or indeed any view) that could be expected in such a location or from a property of this standard. 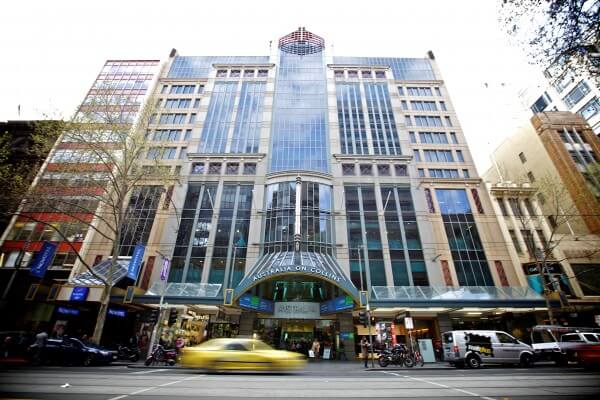 The superior and premier room categories are located in the top levels, and while the rooms are spacious and well appointed- with minbar, air conditioning, iPod dock , Nespresso machine and leather loungers- the rooms  overlook the ceiling beams and across to the rooms opposite, which is a disappointment in a rooms of this price.

The hotel made up for any let down in views however with an excellent breakfast buffet, featuring a cooked breakfast buffer, cold meats, fruit, French pastries and individually made coffees.

Standard rooms start from $230 and superior rooms are available from $260 per night.

Originally from the UK, Matt spent five years living in Paris, France. He is now based in Melbourne, Australia where he works for a major travel company.