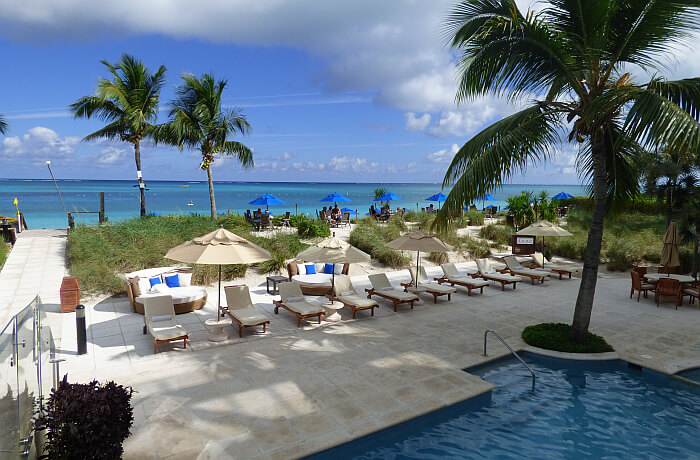 How many resorts can you think of that have a live coral reef a few steps from their beach chairs in the sand? Luxury Windsong on the Reef Resort in Turks & Caicos does, plus dining tables on top the dunes and a white wedding gazebo that looks out on some of the bluest Caribbean seawater imaginable.

This is just the start though in a resort that swings for the fences despite its relatively small size of 50 rooms. Located at the far end of Grace Bay between all-inclusive Beaches and the Gansevort Resort, Windsong is walking distance to the weekly Thursday night fish fry and a short drive from Turtle Cove. 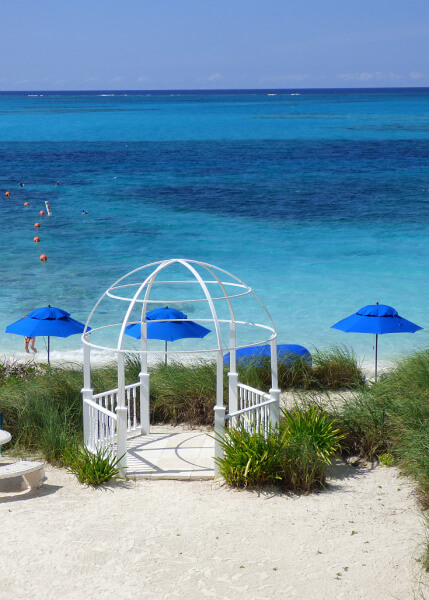 There are plenty of reasons to just stick around at Windsong though, especially since you can go back and forth between snorkeling and chilling out in your lounge chair while someone fetches you drinks. There’s an actual protected marine reserve—Princess Alexandra Marine Park—just 20 meters off the shore. It’s so close that elementary-aged kids can swim around it with a parent while holding hands or with a life vest on. The core part of the reef is roped off to prevent damage but you can see plenty of coral and colorful fish in this clear water with high visibility. A staffer by the beach steps loans out snorkeling gear for a nominal fee and there are also kayaks and paddleboards to use.

A bridge to the beach steps is enclosed in plexiglass and goes across a two-part attractive pool complex. Cushioned lounge chairs with umbrellas plus oval daybeds surround it and there’s a hot whirlpool at one end.

The resort has a restaurant open for all three meals that’s indoor-outdoor by the swimming pool complex, named after a friendly bottlenosed dolphin JoJo that is frequently seen swimming in the area. There are also tables for two on top the sand dunes for a blue-view lunch or a dinner during sunset. Most of what’s served is made in-house and the bar serves some signature cocktails. Menu items range from fresh seafood to healthy salads to burgers. A continental breakfast is complimentary, or you can order something more hearty in addition. If you’re a voyeur pick the lowest level: there’s a view of the pool swimmers through a clear wall.

The Windsong rooms, which are mostly suites, come in configurations from studios with kitchenette to a four-bedroom penthouse. All are elaborately appointed with marble floors, Ferrette towels and robes from Turkey, slippers, Bvlgari toiletries in good-sized bottles, Bose stereos, and flat TVs with DVD players. Suites have a fully equipped kitchen with a Cuisinart coffee maker, high-end appliances, and an ice maker in the fridge. Even in the one-bedroom unit I was in there was plenty of space for a small party. A dining table sat four, the bar sat three, the living room furniture could host six, and the outdoor balcony has room for another six.

Suites have a stacked washer and dryer, ceiling fans, crisp air conditioning, and fast complimentary Wi-Fi. Every unit has a balcony with some kind of view of the water. There’s a library of movies to pick from to play in your DVD player.

There’s also a gym with good equipment. Guests can borrow a bike to go exploring to get some exercise and it’s possible to take a good long walk down the beach. A comfortable, breezy lounge area has TVs, computers to use, and books. A small boutique has some necessities—helpful since the closest store is miles away—gifts, and clothing. 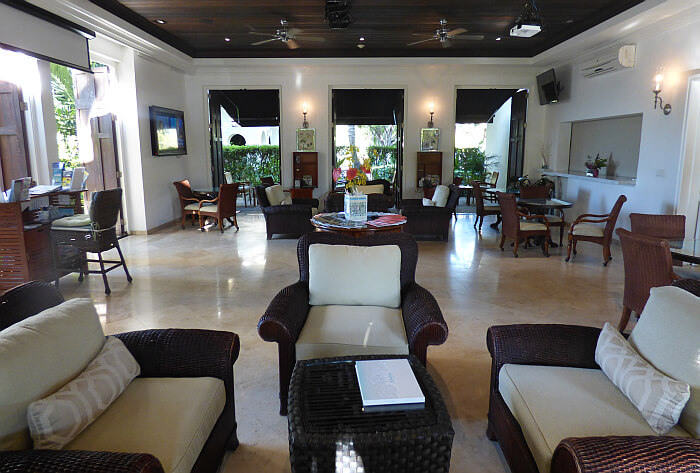 Rates start at $325 per night in low season and can go up to 10 times that for the largest penthouse. Book direct with the resort here or check rates online at Expedia.

Editor Tim Leffel was a guest at Windsong on the Reef while researching a Turks & Caicos feature article for another publication.