When visiting an historic city dense with guidebook-highlighted things to see, location is key. The W Hotel, 6 Voznesensky Prospect, St. Petersburg, Russia, is almost at Ground Zero where the Bolshevik Revolution successfully toppled the czar and his imperial government almost exactly a century ago.

The imposing equestrian statue of Peter the Great (right) and St. Isaac’s Cathedral are two or three blocks to the west; the Winter Palace and the Hermitage Museum are a couple of blocks to the northeast. It’s close to the Neva River, the Admiralty, the fabled Nevsky Prospekt and other postcard icons.

The first of Starwood’s luxury boutique hotel brand in Russia, the W has just 137 rooms on eight floors, plus a restaurant and a “Living Room” lounge with one of those trendy and very l-o-o-o-n-g gas-burning fireplaces (the roof-top bar was closed for the season). 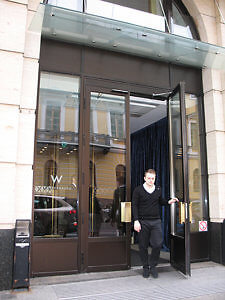 Its distinctly affluent Western European vibe demonstrates how far St. Petersburg has traveled since my first visit in 1993, just two years after the fall of the Soviet empire. Back then there were hardly even any decent Russian restaurants to go out to at night for tourists.

When I was there for a conference earlier this fall, the hotel’s first floor lounge (complete with enormous windows covered lightly with gauzy curtains) was bustling with activity (music and conversation mostly) from early evening ’til the wee hours of the morning — but that’s to be expected for a casual bar in a hotel brand aimed at Millennials. Hostelries replete with a music director and DJs on staff aren’t meant to be quiet. It’s best to head out to one of the more formal Russian restaurants for an environment for conversation.

Except, of course, on the lower level where the meeting rooms are located. The refreshments provided during our breaks were sometimes surprising (and uniformly tasty). For example, one morning we had absolutely perfect French-style macarons with our choice of fresh-brewed espresso or café lattes.

There were, well, “interesting” snafus in its vaunted level of service. The doorman engaged a taxi that took two of our group to the wrong restaurant one evening. It required three calls to housekeeping to get two bathrobes instead of the one provided (I was sharing a double). My roommate and I had to switch rooms halfway through our four-day stay because “someone” had already booked the “marvelous” room for the last two nights, and we had to move to a smaller “wonderful” room. (Whoever thinks up these categories….) 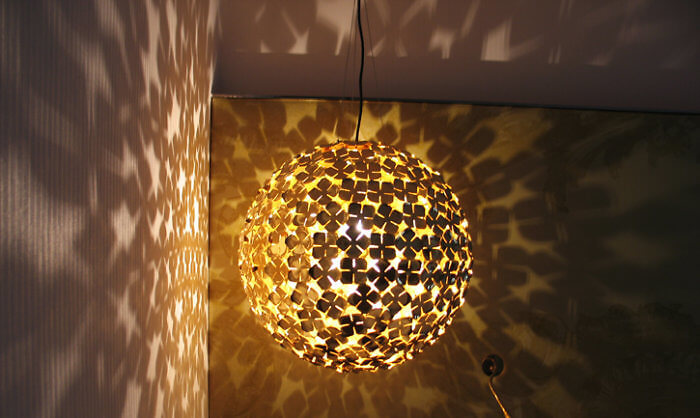 The décor is idiosyncratic: lots of bright colors plus metallics (such as that huge lamp, above, in my initial guestroom). To get free WiFi, you have to be a Starwood member (but there’s no cost to join). The amenities were lovely and the towels delightfully thick. There was a really big (and deep) soaking tub plus a shower, toilet and bidet.

The exceptionally small swimming pool — 105 square feet — is available only to those with Bliss Spa appointments, but the fitness center is open to all guests 24/7. It’s probably not relevant for visitors from outside Russia, but the W St. Petersburg does accept pets (for a somewhat hefty per-night and per-stay cleaning fee).

My room was about $200 per night, including breakfast. You can reserve on the hotel’s website or any of the usual booking sites such as Travelocity or Expedia. 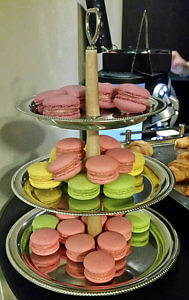 (Photos courtesy of W St. Petersburg and by Susan McKee)