Looking for Mile High romance? Nothing says romance more than Downtown Denver’s Rocky Mountain skyline and a stay in Denver’s best romantic hotels. Read on for our updated list of historic, boutique, hip and fun romantic hotels in Denver. 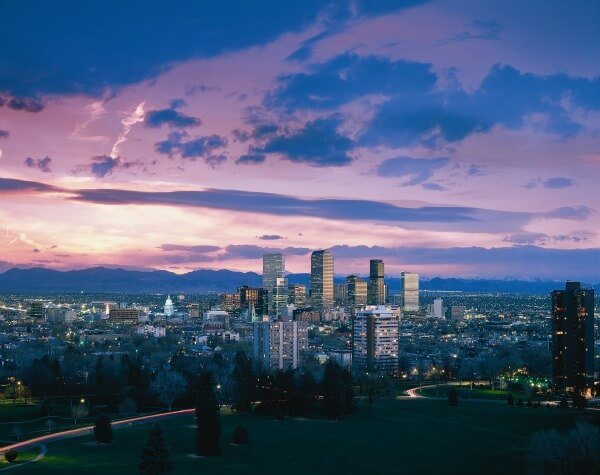 Get ready for romance at these Downtown Denver hotels.

Locals and travelers alike know that Downtown Denver offers an eclectic variety of hotels, perfect for anyone’s romantic tastes. Within walking distance of the Colorado Convention Center and the iconic Blue Bear, choose from 11,000 rooms within hotels ranging including luxury, boutique, historical, and hip.  So where to stay in downtown Denver for your next romantic getaway? I’ve got the scoop…read on!

Give the Gift of a Luxury Hotel in Downtown Denver

Book your romantic hotel weekend by staying in the lap of luxury at the Four Seasons or Ritz-Carlton. 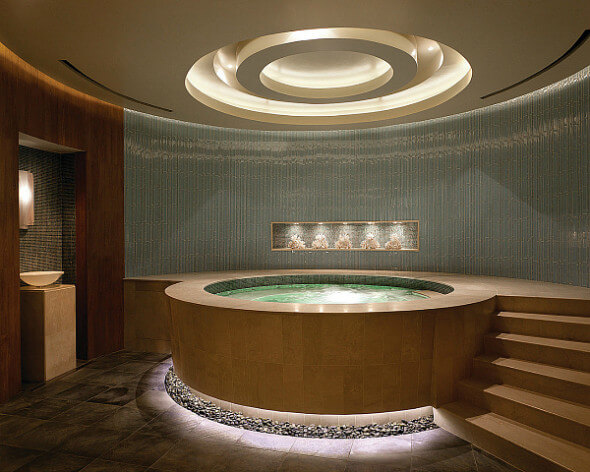 Go ahead and explore the downtown, the boutique and restaurant filled neighborhood is mere steps away. Or succumb to temptation and dine at the hotel’s progressive American Steakhouse EDGE or kick back and order tapas and a glass of wine in its lounge.

Admit it…when you think Rocky Mountain romance, you picture a hotel with a prime downtown location, large upscale room, classy public areas, and supreme service. You’ll get that and more at the Ritz-Carlton Denver.

Spacious rooms at the Ritz-Carlton Denver

Luxurious, plush, warm and welcome – the rooms are large, at more than 500 square feet (550+ for suites!), the largest in Denver. And the spa — ooh-la-la, first-rate and simply amazing treatments, transporting you from okay to mahvelous dahling!

Hyatt Regency Denver may be a convention hotel, but the romance abounds in its hallways. With convenient access to all things Denver including the theater district, your romantic weekend getaway is overflowing with so many things to do, both on-site and in the surrounding downtown.

Romance your sweetheart in one of the city’s elegant boutique hotels: The Crawford, The ART, Hotel Monaco, or Hotel Teatro?

Downtown Denver’s newest hotel is the Crawford at Union Station, a hotel transporting the guest back to the magic of train travel and the Victorian era. Named for Denver’s Union Station partner Dana Crawford, the Crawford Hotel is already a city favorite, with its three types of hotel rooms and vibrant lobby (Great Hall) in the renovated Union Station.

Relax with your loved one at the Terminal Bar, on the east end, marked by the original ticket windows, or take your drink and explore the lobby. Multiple restaurants are also within the property, or step out into the Denver sunshine (300 days a year!) and explore the city.

The ART, a Hotel is a downtown Denver masterpiece, especially for those who enjoy the art exhibits. Located in downtown Denver’s Cultural District, the boutique hotel utilizes its prime location to capture the local contemporary art scene. Artwork also lines the walls of every level, and each floor is dedicated to a different artist and their work.  Even the elevator features video art!

Another 2015 hotel opening, The ART, a hotel, recently recognized as one of the top 5 “Best New Hotels”

For a romantic evening, lounge in the open-air lobby, FIRE, the contemporary American restaurant with a terrace and cocktail lounge, as the Mile High City will often surprise you with a beautiful day even in the winter.

Bold, playful and vibrant, the Hotel Monaco Denver is an upscale boutique near everything Denver. Start with its lobby, called the “living room” with its bright colors and high ceilings, and where the social gathering is every afternoon at 5 p.m. for its free nightly happy hour.

Its rooms are hip, alluring and full of color, a fascinating blend of urban and Western décor. This Denver boutique hotel is also home to the simply amazing Northern Italian restaurant, Panzano, courtesy the culinary magic of Chef Elise.  You can wrap up your romance with a spa treatment at VEDA Salon & Spa, located off the lobby.

Or walk the halls of history with a stay in one of downtown Denver’s historic hotels: the Teatro, Brown Palace or Oxford Hotels.

It’s a win-win at the Hotel Teatro, a boutique and historic hotel near the Denver Center for the Performing Arts. And for those who prefer romance with their family pet, Hotel Teatro welcomes your pet at no additional charge. The luxurious Denver hotel expertly weaves in its prime theater location with a grand marble lobby and theatrical costumes as artwork.

Ready to pamper your sweetheart in downtown Denver?  You’ll get that at The Brown Palace and Spa.  From the moment you step inside, the Brown surrounds you with its elegantly historic décor and furniture, from the atrium to your room. You’ll walk in the footsteps of legendary personalities, from every U.S. President since Teddy Roosevelt to the superstar Beatles.

Traditions are a sure thing at the Brown, from the daily Afternoon Tea to the tastes of the award-winning cuisine of the Palace Arms.  And did we say pampering?  Yes, you can at the Brown’s 5,000 square feet Spa where artesian waters have run underneath this hotel since 1892. Book a relaxing romantic afternoon with a couple’s massage.

Aromantic getaway waiting to happen with a big splash of history at the Oxford Hotel, 7 blocks from the Colorado Convention Center at Denver’s Union Station, walkable to LoDo neighborhood and Coors Field.

Order a martini at The Cruise Room Lounge, a 1933 Art Deco landmark fashioned after one of the lounges on the Queen Mary. The two-story Oxford Club, Spa, and Salon is a perfect romantic spa escape with its Almond Oil Massage.

Perhaps the best rooftop view in the city, the AC Hotel Denver Downtown.

For hip and chic, consider these stylish and welcoming Denver accommodations: AC Hotel by Marriott with its rooftop bar.

Although I haven’t stayed here yet, I’ve enjoyed happy-hour and lunch in its lobby bar and it’s always bustling.

Prefer to experience romance outside of downtown Denver? Check into these best romantic hotels in Colorado.

Check prices for all of these Denver hotels on Expedia, Travelocity, Hotels.com or Priceline.