When visiting my daughter’s family in Medford on spring break, we knew we wanted a day trip to the nearby Oregon Coast. At the last minute, we went online to Expedia and searched for family friendly accommodations near our coastal destination of Florence. A few more clicks and we booked an affordable overnight stay at Three Rivers Casino Resort, less than 2 miles from coastal town of Florence.

We had a super size entourage of family: 3 adults and 6 kids, so we packed the multigenerational family into two cars and headed northwest to Florence, Oregon for a 3 1/2 hour road trip. This destination was chosen because my son-in-law had once lived there. My Denver grandchildren and I were just happy to drive the The Pacific Coast Scenic Byway, however brief, along the Oregon Coast, and we were all thrilled to overnight at the Three Rivers Casino Hotel to get an early start on mid-week road trip.

The drive there was, well, rainy (hello, we are in Oregon), but in the early evening light, we did get treated to spectacular mountain scenery, stretches of farmland and river views (Siuslaw), small town magic, and a sunset.

Situated near the north fork of the Siuslaw River, this casino resort is 1.5 miles from Ocean Dunes Golf Links, 1.5 miles from central Florence and 5.6 miles from Harbor Vista County Park. Since this is a casino, no surprise that a neon sign on Highway 126 announced that we had arrived at the turn of “Three Rivers Casino Resort.”

We followed the tree and shrubbed lined road to the resort, tucked into its own neck of the “woods,” with large parking lot inviting RV guests to park for free (with no hookups). On or end of March visit, we counted perhaps a dozen RVs. Later I was told that this parking lot can often fill with RV’ers and semi-rigs due to its proximity to Central Oregon coast — and who can argue with free!?

Another bonus free parking for cars, and plenty of spaces. We parked near the hotel entrance, unloaded our multigen family, overnight bags, and walked to the entrance.  Facing the building, to the right was a casino and entrance, designed with large stones, high timbered roof and entrance, while the left side was the separate 3-story hotel.

The grandkids were fascinated with the sights and sounds of casino play as soon as they walked in, but the hotel check-in was to the right of the entrance, appropriately keeping the two areas separate. Even though we had only booked our room a few hours before, our online reservation was quickly retrieved, and the reception clerk kindly offered to put our rooms next to each other (adjoining rooms not an option).

We continued off to the right of the entrance to enter the hotel portion of the building, following the short hallway to the elevator.

Three Rivers Casino & Hotel is owned and operated by the Confederated Tribes of the Coos, Lower Umpqua, and Siuslaw Indians (CTCLUSI). In 2004, the casino-only facility opened, followed by expansion of the casino and opening of the hotel in 2007.  In the hotel portion (which is the only area we explored) is a Native American history lesson with pictures and signs of the local tribes.

In addition, as befitting an environmentally conscious culture, Three Rivers Casino Resort is also Silver certified (2012 & 2014) from Green Seal™, Inc., one of the toughest national environmental standards: GS-33. This is based on a variety of factors including waste minimization, water and energy efficiency, hazardous substance handling, and environmental purchasing policy. 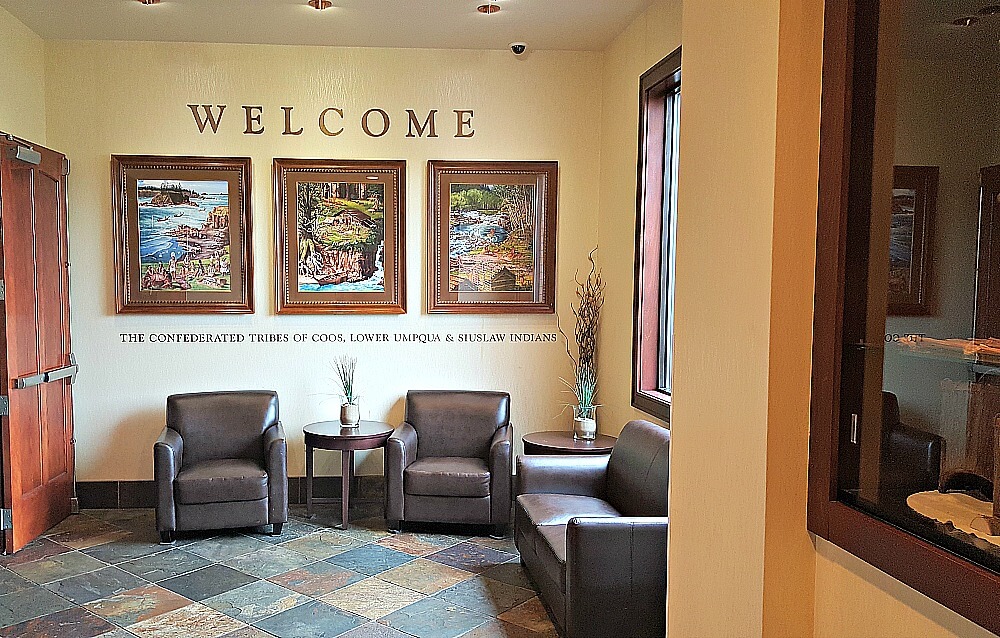 WIth 90 oversized deluxe rooms and two styles of suites, we were happy that the hotel portion did not smell like smoke (versus in the lobby near the hotel check-in). As promised our two rooms were next to each other, with Deluxe Double Queen beds. Other room configurations include a King-sized bed and jacuzzi tub 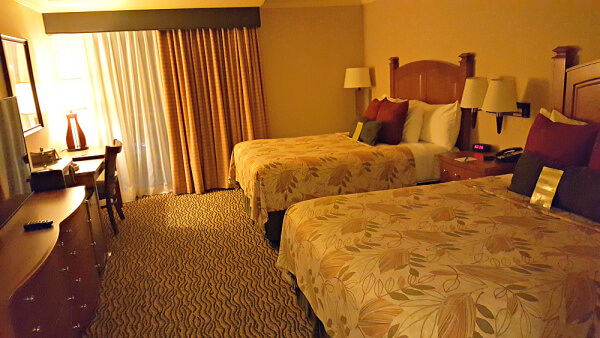 Another reason we booked this hotel was the promise of a fridge, microwave, free high speed internet 42″ flat screen, and comfy beds.  All promises were met and exceeded. Although the view from our window was the parking lot, we could also see the surrounding shrubs and trees. The bathroom was also super spacious and separate from the sleeping area, which helped as we packed our families into the two rooms, and this gave each one some private time.

Unfortunately during our Wednesday late evening visit the World Market Buffet was not open, but fortunately we had dinner before we left on our road trip. In addition to table games, bingo and 700-plus slot machines, the resort offers 5 restaurants and a concert venue.   Try Sunset Grille for its steak and award-winning wine list. Want some variety for Sunday brunch this week? Head to the World Market Buffet. Our restaurant offerings also include  and Sweet Treats for when you need some extra pep in your step. Read on for more information about each of our restaurants.

You’ll not lack for things to do at the Three Rivers Casino Resort, but this Florence hotel offers is known best for its proximity to the Oregon coast. 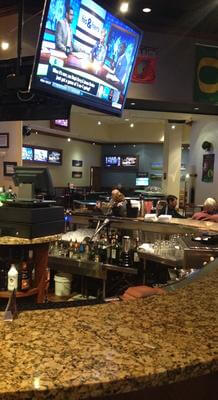 After we were all situated, my daughter and son-in-law left me in charge of the kids, while they took advantage of some quiet time. They both described the casino as pretty standard at a glance. They took a seat and ordered a local craft beer (15 local beers on tap) at the Blue Bills Sports Bar & Tap Room, serving traditional pub fare, along with pool tables, shuffle board, darts, other games and rockin’ weekend entertainment.

In addition to the on-site services, Three Rivers Casino Resort also owns the nearby Ocean Dunes Golf Links (purchased in 2012), renovating and bringing the course back to life resulting in rave reviews. For golfers, be sure to check out their hotel and golf packages.

When traveling to the Central Oregon Coast, put Three Rivers Casino Resort on your radar. Its affordable rates and prime location near the coast makes this Florence hotel a convenient option for all types of travelers.

You can also compare rates and book through Expedia or Travelocity.

Room Rate: We booked two Double Deluxe Queen rooms for just $226 for both! 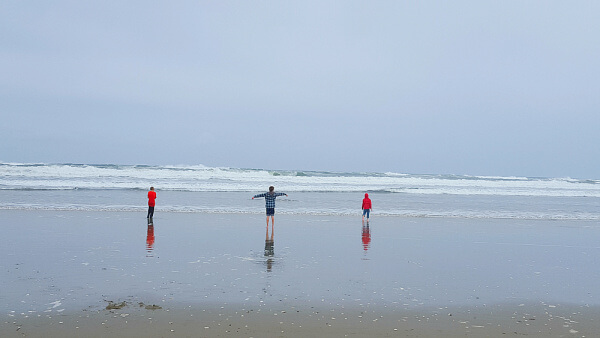